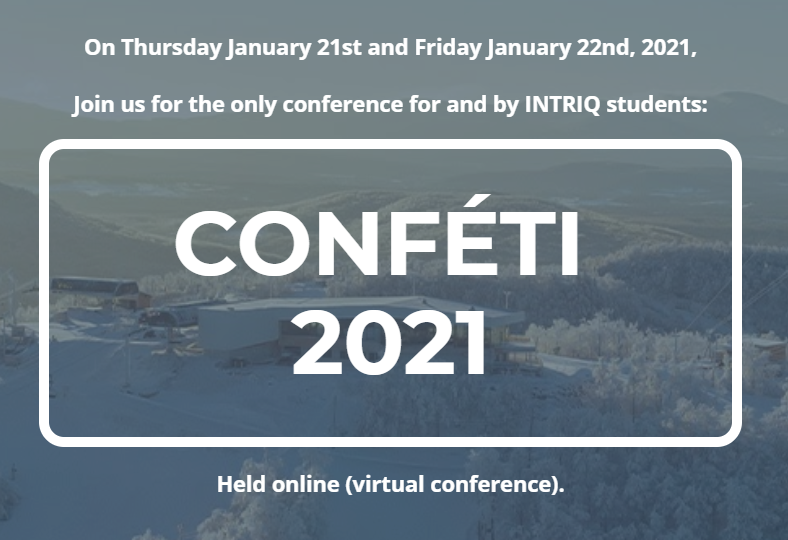 The main goal of CONFÉTI is to foster communication, discussion, and collaboration between students working in quantum-mechanics-related fields at Université de Sherbrooke, McGill University, Université de Montréal, and Polytechnique Montréal.